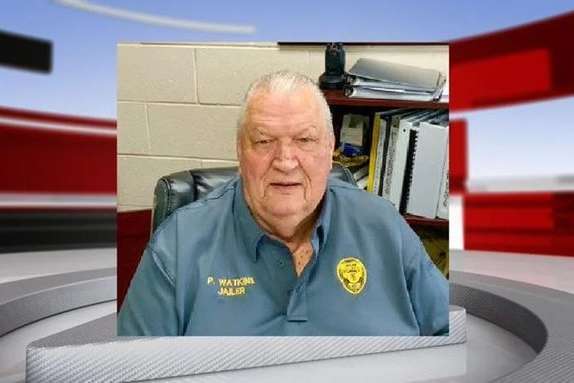 After the current jailer, Bryan Whittaker unexpectedly passed away on the eve of election day, a new jailer has been sworn in to serve Bullitt County. On November 6, Paul Watkins passed away in Indiana. Jerry Summers, the county judge-executive, claimed that Watkins, 78, had a severe heart attack.

Bryan Whittaker has been sworn in to complete Watkins’ unfinished tenure.

Whittaker won the GOP Primary and will be on the general election ballot tomorrow. There is no Democratic challenger to him.

In the main election on Tuesday, Whittaker is running unopposed for Bullitt County jailer.

After WDRB discovered Watkins’ racial and sexist remarks, Whittaker defeated Watkins in the May election.

According to Whittaker, maintaining the security of the jail is his first priority, followed by bringing leadership and stability to the Bullitt County Detention Center. He stated that in order to ensure a smooth transition, a new command staff is being put in place.

Whittaker spoke with WDRB in a one-on-one interview on Monday.

He said, “It’s really overwhelming right now. Unfortunate events like the passing of Paul Watkins, no one wants to take office like this.”

Whittaker says, “Today, I’m having an emergency meeting with supervisors now to put their mind at ease, let them know there is leadership there, that we need to continue to operate the jail in a stable, safe manner.”

Whittaker says the change will happen immediately. He says, “I know there is some active investigations going on with some of the current Deputy Jailers. You want all of your employees to stay in their lane. If you are not staying in your lane which is SOP’s (Standard Operating Procedure), following the law, we’re not keeping you.”

Watkins has faced criticism and legal action for years because of his racist and misogynistic actions. A WDRB News investigation in April revealed covert audio of Watkins using racial epithets at the office.

In the audio tape submitted as evidence in a case in state court, he is heard repeatedly uttering the “N-word” and other derogatory terms. Watkins, who was elected to office in 2018, is running for reelection.

The discussion took place on March 3 between Watkins, Ronnie Miller, a mutual acquaintance of the men, and former Bullitt County Sheriff Dave Greenwell. Greenwell took notes at the gathering.