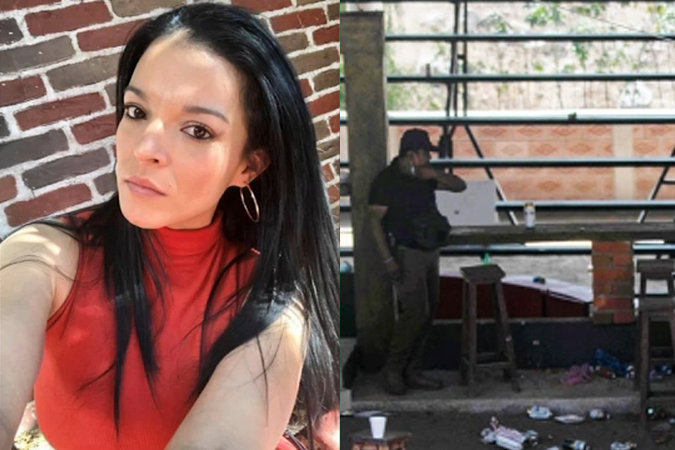 According to Melissa Silva relatives, an American mother of four was slain and her younger sister was injured in a mass shooting in Mexico on Sunday night. Melissa Silva, 36, and her sister had flown to Mexico to visit family when gunmen opened fire on a crowd, killing 20 people. Her sibling was shot, but she was unharmed.

During the brutal massacre in the Las Tranjas district, seventeen men and three women were killed.

Arleth is in critical condition in a Mexican hospital. She was one of four people injured in the attack.

Alex Silva, Melissa Silva brother, told CBS Chicago that he and his family are heartbroken.

“I went crazy for a couple of minutes,” he said. “I couldn’t believe it.”

A family member stated on a GoFundMe website that she was shot once in the lungs and twice in the legs.

According to prosecutors, the gunmen organized the attack and arrived in the area in a stolen snack food company truck.

Melissa grew raised in Warrenville, a western Chicago suburb, but later relocated to Watsonville, California. She was one among 20 individuals slain in the town of Las Tinajas, Michoacan state, Mexico, on Sunday night at a cockfighting site.

A alleged gang of cartel members dressed in military clothes broke into the crowded event shortly after 10:30 p.m. Sunday.

“I got a phone call from a buddy out here saying they heard gunshots and it came from that place,” Alex Silva told CBS Chicago. “Two minutes later, my mother calls me saying she just arrived at the site and spotted my oldest sister laying on the floor.”