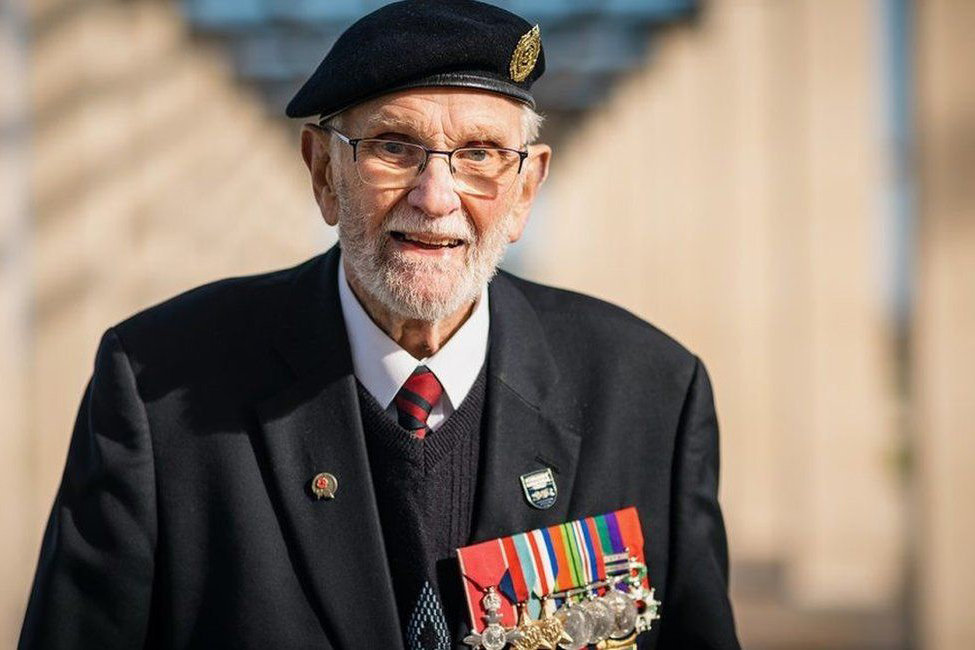 The famed D-Day veteran person who led a campaign for a memorial which is near the Normandy beach where he landed during World War Two died at the age of 97. George Batts, who lived at Barming, near Maidstone, Kent, was an 18-year-old sapper when he first landed in France on Gold Beach in June 1944.

His daughter, Linda and reported:

“I couldn’t be prouder of my dad and his achievement in realising the memorial which will keep alive the memory of all the veterans and their fallen comrades.”

“At Remembrance time, we must continue to remember George, the Greatest Generation and all that they did to defend peace and our values.”

The British Normandy Memorial reported Mr Batts, whose awards included an MBE and France’s highest military honour, the Legion d’Honneur, survived the horrors of the beaches and went on to campaign for a defining monument to his comrades.  In a statement, it was also reported:

“George touched so many lives with his unwavering dedication to remembrance and efforts to ensure future generations would never forget the ultimate sacrifice his comrades made all those years ago.”

D-Day was the start of Operation Overlord, the largest seaborne invasion in history, as about 160,000 troops from Britain, the US, Canada, France and other Allied nations landed in Normandy.

It also marked the beginning of the liberation of France from the Nazis and paved the way for victory on the Western Front in World War Two.