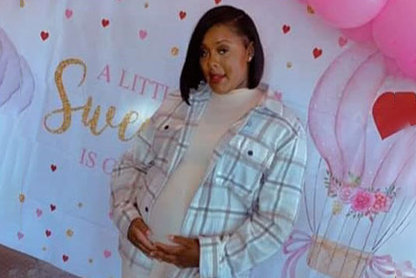 7 months unborn baby killed with her 26-year-old mother Myya Clay – The incident occurred around 5:45 a.m. Thursday near North 66th and West Marion streets in Milwaukee, according to police.

The 26-year-old mother was shot, according to authorities. She was rushed to the hospital and is being treated for serious injuries. The woman’s unborn child was unable to be saved.

She was on a ventilator and had surgery scheduled for the morning of Friday. Police have not stated how many times the victim was shot or where he was shot. They didn’t specify what prompted the shooting, either.

There have been no arrests thus far. The identity of the shooter has not been revealed. Prosecutors may seek charges of fetal homicide in the death of the unborn child.